UPISketch is a sound composition tool, which was developed by Centre Iannis Xenakis in cooperation with the European University of Cyprus within the framework of the Interfaces Network. The development of the UPISketch software is part of the Interfaces action "Urban Music Boxes and Troubadours" and the software is embeded on ten custom-made tablet stations which act as modern interactive music boxes.

How it works
UPISketch is based on drawing: the user can sketch and design sound gestures by defining their melodic contour, as in the case of a conventional score. Pitches are, nevertheless, drawn directly at specific time points, without requiring any knowledge of solfege. UPISketch is intended to be simple and intuitive. UPISketch, an application programmed in C++, is based upon JUCE, an open-source library that simplifies the realization of cross-platform audio applications. It is available currently on iOS devices. It is designed to be usable by children, as a pedagogic tool, while offering the framework for possible development towards a more professional use.

Software Development
You can track the steps of the development of the UPISketch software here:
First Milestone | 30 June 2017
Graphic User Interface | 24 July 2017
Zooming and Playhead | 20 September 2017
Moving Sounds Around | 24 October2017

A series of short tutorial videos demonstrating the basic functionality of the application can be found here:
Video Tutorials | 20 June 2018
UPISketch Demo | 2 July 2018

Workshops
In parallel with the “Urban Music Boxes” activity, three different workshops were organized in collaboration with the Bank of Cyprus Cultural Foundation, with Centre Iannis Xenakis and the De Montfort University in April 2018:
Music Workshops "Let's draw music!" | 25-27 April 2018
In Aria – An improvisation project for theremin and electronics with percussionist CLAUDIO BETTINELLI | 7 October 2018

Read more about the application here. 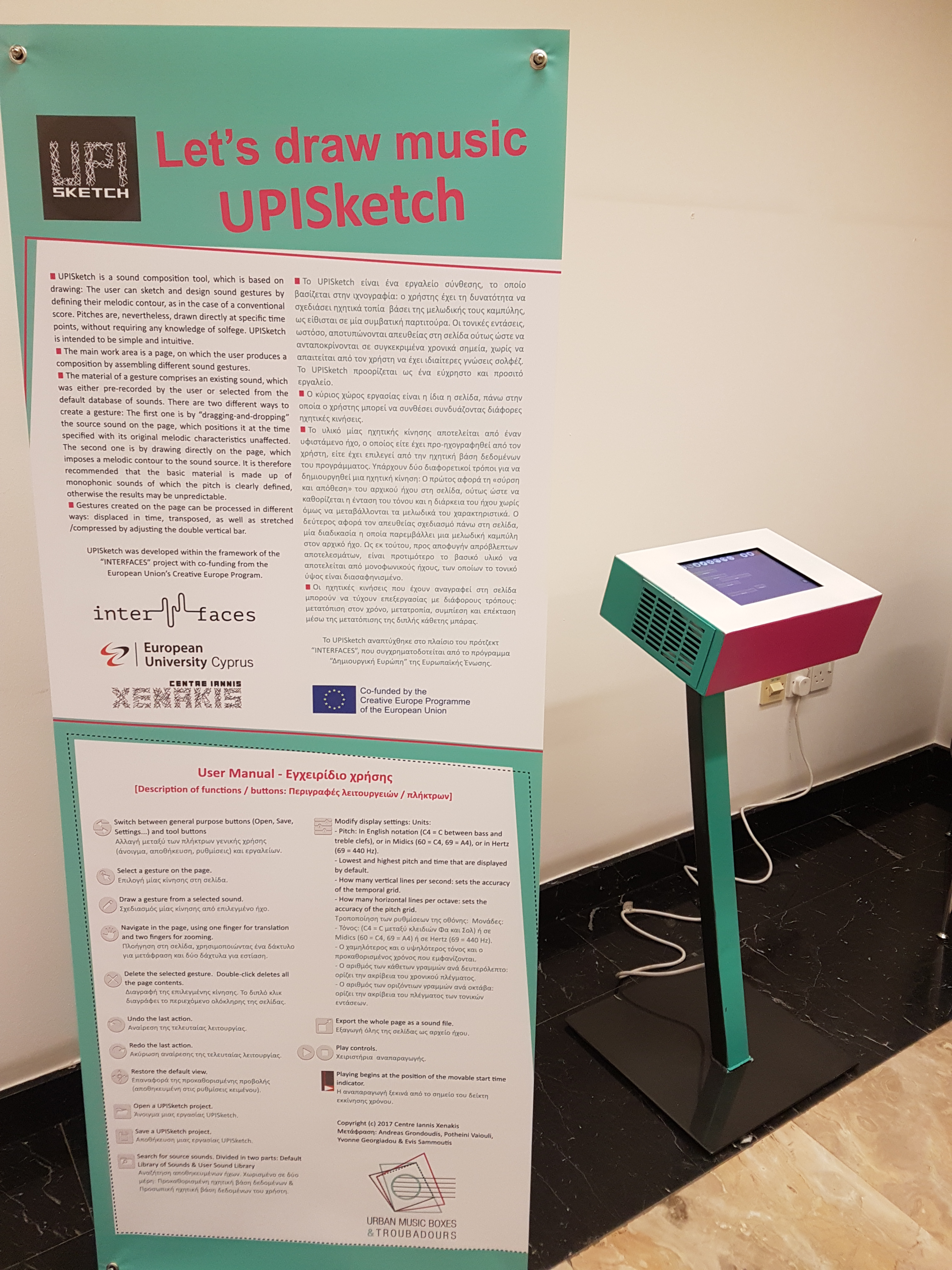