The European University Cyrpus (EUC) in collaboration with Pharos Art Foundation, affiliate partner of Interfaces Network, is organising a violin concert featuring Peter Sheppard Skaerved as part of the 11th International Pharos Contemporary Music Festival. The concert is a parallel event of the activity "Living Museums" of the Intefaces Network.

Inspired by the sounds, textures, architecture and poetry of various medieval cities, predominantly Nicosia, Peter Sheppard Skaerved assembled a programme of newly composed works by a number of leading composers, who have incorporated in their music material from the past, as for example, the extraordinary 'Cyprus Codex' (the only known Codex of medieval Western music in the region), the medieval Totentänze, and the colossal 'Klagenfurt Codex'.

The violin is itself the most astonishing ‘time machine’: a 400-year-old object that brings new life to the new music, offering today’s composers, players and audiences visions of futures still unheard. Grammy-nominated violinist Peter Sheppard Skaerved relishes the constant interplay between past and present. His long-term collaborations have resulted in a fascinating programme-project for solo violin, inspired by the sounds, textures, architecture and poetry of medieval Cyprus and other cities.

The Time Traveller – Nicosia Etudes project will introduce us to Evis Sammoutis’ Four Nicosia Etudes – a collection of small virtuosic master-pieces that reflect the timbres of the city, the sounds, touches and lights of the public spaces, but also the ruins, the memories of Lusignanian Cyprus, glimpsed in the architectural palimpsest all around. The pieces incorporate material from the extraordinary 'Cyprus Codex', the only known Codex of medieval Western music in the region. Peter himself contributed to this project with his own pieces, Troubadours, which emerged after his encounter with the 12th-13th century poetry of troubadourices and his exploration in the vaults and stones of old Nicosia. Composers Michael Hersch and Gregory Rose (with his responses to medieval Totentänze), as well as poet Ezra Pound offered a surprising inspiration to this project. Working with his partner, the violinist Olga Rudge, Ezra Pound created a striking collection of works for violin alone, using a very idiosyncratic but effective notation. Some of these are transcriptions of 13th-14th century troubadour plaints, which are nevertheless sited in a modern / medieval middle-world. Of notable reference is the selection of works from the giant 'Klagenfurt Codex' – an anonymous collection of over 150 works for solo violin from the 17th century, the manuscript of which was discovered in a convent in present-day Slovenia. 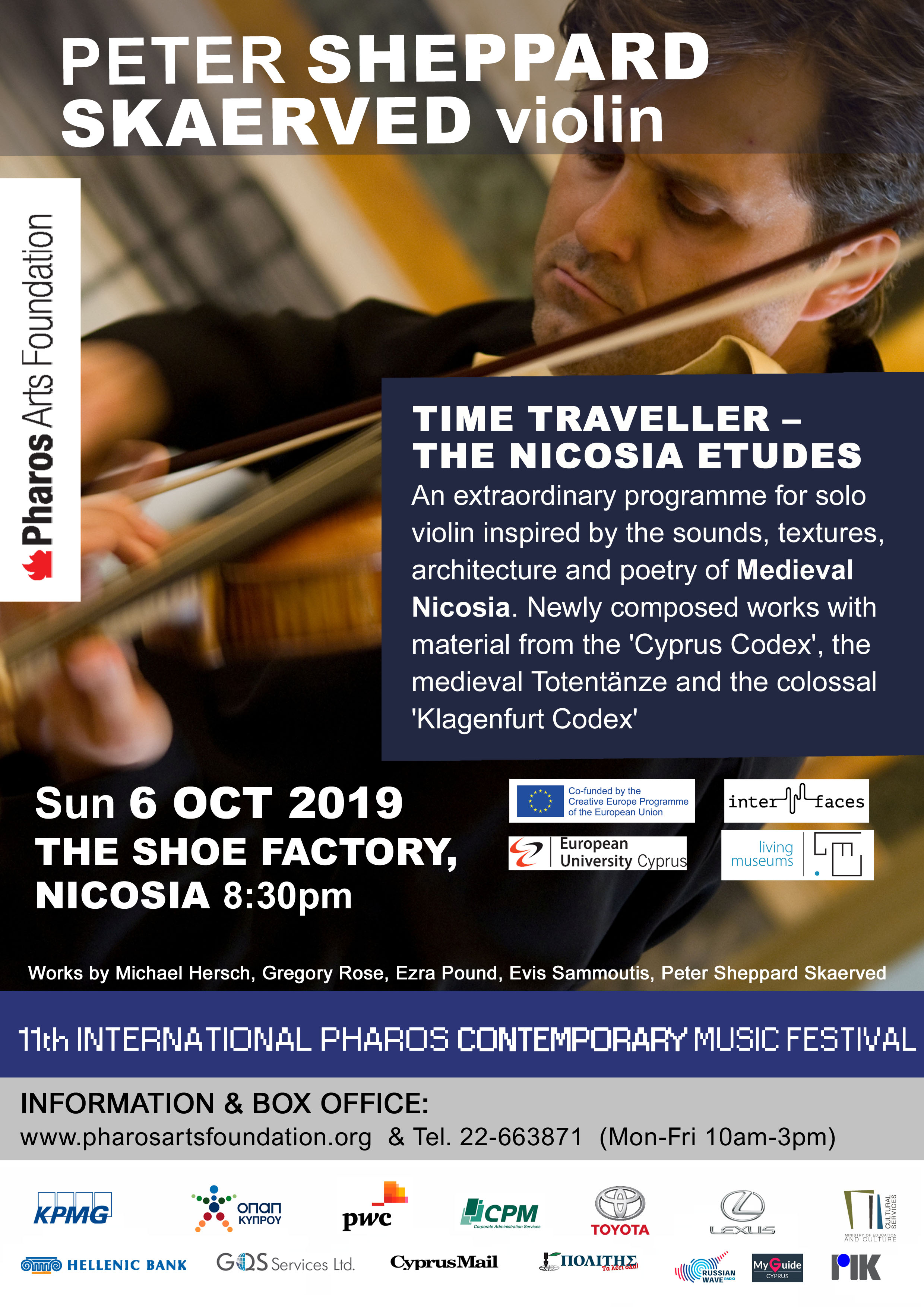