ABOUT
the project
objectives
the network
affiliate partners
ACTIVITIES
research
colloquia
performances
site specific events
festivals
education, training & workshops
composition tools
residencies
MEDIA / GALLERIES
photo
video
sound
read
NEWS
CONTACT
ARTISTS
Manifeste 2017- the programme is out!
News
Imagine a bridge between two riverbanks, covered with a crowd of musicians, choreographers and painters, artists who work with light, with sound, with fog, audiences and listeners and curators, all motivated by the ambivalence of the forms and "reciprocity". Marking the 40th anniversary of the Centre Pompidou and IRCAM, ManiFeste-2017 explores the dream of synesthesia, or, more precisely, the musician’s gaze that—from Scriabine to the young composers of today—is mobilized via a visual experience.

See info about the festival and the programm :https://manifeste.ircam.fr/

Two INTERFACES projects will be presented during this Manifeste:

In celebration of the 40th anniversary of the Centre Pompidou and IRCAM, the Japanese artist and fog sculptor Fujiko Nakaya will make the Centre Pompidou disappear.Stephen O’Malley and Peter Rehberg transform the Piazza into an electronic stage. The three artists have worked together on several occasions, particularly on productions by Gisèle Vienne presented in the Centre Pompidou’s Grande salle. Their outdoor work in situ is an electronic scenography that, beginning with the timbre of alpenhorns, spreads out into the public space. The admission is FREE. 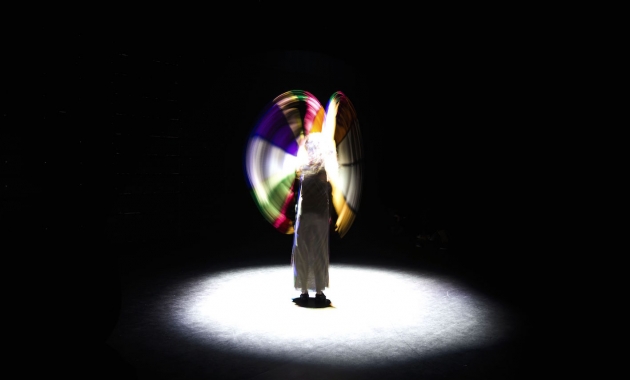 The perfomance "Sound & Vision travels for the last time for this year in Paris during the Manifeste 2017.

Ictus’ Liquid Room reimagines the traditional concert format. Several stages, unexpected transitions, amplification and meticulous lighting, unusual durations: a miniature festival. Audience members are free to walk around the sound space, to choose their listening angle, to punctuate their comings and goings between "attentive" and "immersive" listening. A match is struck in the night, amplified a thousand times.Dusk-like lighting transforms the way we hear a recent work from the repertoire, Sciarrino, Pesson, or Bedrossian.An installation by Alvin Lucier—a guitar string the size of a marine rope—overlaps James Tenney’s exploration of the tamtam’s resonances.Ula Sickle and Yann Leguay work with a strobe light and sound. The prices for the tickets start from 10/25/30€.

Sound&Vision bridges the intersections between music and visual performance. This is undoubtedly the major concert of a new generation for whom the musical—the musical gesture—circulates between eye and ear.