One of the main components of Q-O2's mandate is a residency program hosting local and international artists. The 11 x 30 day residencies reflect the main thees of the organizations's involvement in Interfaces; the interaction of sound art and composition, site-specific performance and participatory formats.

Read more about the open call for the residencies in Brussels here.

Alice Pamuk will develop a sound installation in which short phrases of pop music are looped and broadcast in the space. The proposal arises out of several years of research around pop music (a.o. a previous project of analysing interviews of American rappers and hip hop producers). Despite this fascination for pop music, Alice Pamuk is not trained as a musician and sees herself as very much outside the tradition. She plans to use this lack of musical literacy as a tool to provoke contact with people from other musical backgrounds – both a trained music arranger and a pop singer from “The Voice Belgium”. The original phrases of pop music are filtered through the skills and interests of her and her collaborators into another kind of material and displaced from their original context.

Benny Nemerofsky Ramsay is an Edinburgh-based media artist whose work mediates emotional encounters with musical, art historical, and Queer cultural material, encouraging deep listening and empathic viewing. The proposed project evolves from his recent work with museum audioguides: seeing the audioguide as a way to think through “the act of spectatorship”, and to choreograph relations between spectators, objects, and contexts. In Brussels, he is interested in developing this practice through work with private libraries and Queer archives, developing audio tours and choreographic scores that mediate encounters with private or non-institutional spaces.During this residency at Q-O2, Nemerofsky Ramsay will continue his research into the participatory potential of the museum audioguide. He will work in collaboration with BNA-BBOT and the RoSa Centre of Expertise, Library and Archives for Gender Equality and Feminism, whose collection will serve as a site of artistic inquiry. He hopes to develop and try out navigational scores for RoSa as well as other sites in Brussels as a means of exploring the gestural and affective dimensions of Queer historical material.

Since 1998, BolwerK is a moniker of Antwerp based activist and performer Marthe Van Dessel, developed to explore software- and hardware-based thinking as strategies for activism. She creates interfaces, devices, & protocols to investigate questions around the commons and collective identities. From 15 April to 15 June, BolwerK will inhabit three distinct locations around Brussels: W-O-L-K-E, a former school on the city’s peripheral edge; the World Trade Centre (through Constant) a relic to Brussels’ modernist ambitions; and Buritanas (via Nadine) a floating lab inhabiting the city’s much contested Canal Zone – each spaces with their own distinctive history, architecture, and climatological conditions. In each of these places, BolwerK proposes a practice of ‘crystalling’: biochemical lab sessions in which participants will discuss and work towards growing piezo-electric crystals. These piezo-crystals are home-grown mineral formations which under physical pressure give electric signals which that can be amplified and converted into sound. Each session combines a parascientific history, anthroloplogy, and technology to familiarise participants with intra-active frequencies and how radio and farming intertwine. During each open lab, participants will grow crystals and experiment with their acoustic, electric and metaphysical properties for transceiving signals from the body & mind. Underpinning these experiments is a set of conversations and critical thinking about the contemporary cooptation and privatisation of the electromagnetic sphere. Participation is free and sessions are open to anyone regardless of experience. You may join for one session, or many as your interest and schedule allow.

Meditation/Sound/City. Meditation is often connected to silence. But we know that silence doesn’t exist. So what do we do with the constant sound stream we have to deal with every day? How can we use sound as a mean to be more connected to ourselves and to our environment?
Practising field recording since several years and meditation since 18 years, Isabelle Stragliati will use the time of residency to deepen the connection between these two practices. Her research will take place in our everyday urban sound environment and focus on sound in relation to contemplation, meditation and perception.
In Brussels, known to be an especially noise-polluted city, she wants to develop participative practices for deepening the consciousness about the sounding environment in the city, and experimenting ways to embrace it with via meditation techniques.
In part alone and in part with a group of people, she will explore the city via sound walks and field recordings, in order to get familiar with the variety of sounds and subsequently develop a response – or rather, a non-response – in a contemplative way, and search means to integrate it in the everyday life.
This residency is hosted at MAAC.

Jonathan Frigeri reveals inaudible messages, like “oracles“ that are hidden to the human ears, “probably telepathic messages, from other minds deep in thought” (John Cage). Equipped with a special recording device that capture electromagnetic waves through the air, he will explore public and private spaces in Brussels. Whenever he finds an interesting “message” he will install an object (translator and amplifier). The final outcome will be a cartography of possible oracles spread out over the city. A final presentation of this network of oracles will be broadcasted via Radio Campus.

Justin Bennett is using this residency period to investigate the acoustic territories of the city of Brussels.
Territories of language: voices, narratives.
Territories of security: signals, announcements and sirens.
Territories of work.
Territories of birds and animals.
Underground territories: the reverberations and resonances of the tunnels and passageways of the city.
-Firstly, he is creating devices for active listening: a microphone inside a trumpet or a wooden stethoscope for example. These devices allow the acoustic manipulation of sounds while listening and recording in a combination of listening, improvisation and field recording.
-Secondly, he walks, solo or with friends or strangers. There are recorded and narrative paths through the city traced out.
-Thirdly, the visual and spatial forms of the city are explored in a series of drawings and sculptures.

The title of this residency is “A Pipe of a Different Color”. During his stay at Q-O2 workspace Klaas Hübner will offer his service to the citizens of Brussels. He will use his handcraft skills for simple repair of household items and furniture. He will also offer his service for free, but accept donations of any kind. Klaas Hübner will travel by bike and visit people’s homes by appointment, offering his at the actual place of repair. He will document the work with photographs of the item before and after, a map where the item was located, and a simple statistic about the amount of time spent repairing the item. In parallel, he will record audio samples of the repair process or the item itself too and aim to arrange a musical work with them. He would love to display the result at the end of the residency, hopefully with some original items on display. He aims that his engagement can be useful to extend the lifetimes of the items and create awareness of the waste we produce, motivating people to repair things and objects themselves. In addition, he am also interested in the social interactions and the different lives he may encounter. The title of his  work is inspired by the repairman Harry Tuttle, played by Robert De Niro in the motion picture "Brazil".

During this residency, Lucie Vítková is going to realize a project called Portraying the Cityscape. It will focus on chosen places in Brussels and portray their sonic features. Lucie Vítková is going to record a place, transcribe the recording into a score and play it back into that place on accordion. In the project, she would like to shift the expectations of people about a street accordionist by playing this new sitespecific repertoire. Throughout the residency, she will also document the project with different media such as audio and video recordings, scores, drawings and found objects on the site, which she will assemble into a multilayered presentation for the final exhibition in September 2018. This residency is hosted at MAAC.

Melissa Logan will investigate on the medium of music distribution in an artistic way, as a work itself. The research is about how sound is moving around the world wide web as compressed data, and the different ways how sound waves can propagate: through air or water or as ultra sound in directional speakers. The outcome will be a collection of sound works, in order to reflect different environments for sound. She will give a final presentation of these works and a public talk.
*Melissa Logan’s approach is critical towards social structures, such as gender roles, national identity and ecology. She is an interdisciplinary artist, who is a part of the collective Chicks On Speed, a feminist music-and art ensemble, formed in Munich in 1997, around performance art, electronic dance music, collage graphics, textile design and fashion. Originally from New York, she now lives in Cologne.

Wederik De Backer’s proposal ‘Enlightenment for Children’ is inspired by a series of texts (1912/32) by Walter Benjamin which explains philosophy to young people. Together with children and youngsters of Q-O2’s direct neighbourhood Wederik will ask the question: what do young people in Molenbeek see as imminent dangers of today, and how can they prepare themselves to counter this. Through discussing, listening and recording, these topics will be explored. The outcomes will be presented by the youngsters themselves, right on the spots of exploration.
*Wederik De Backer is a Belgian radio maker, specialising in radio fiction and radio documentary, and everything that lies in between. 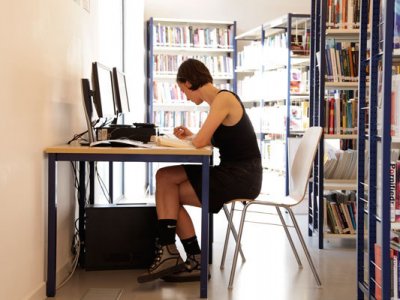 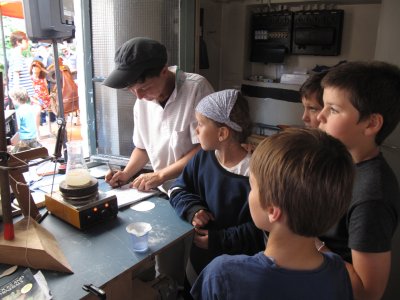 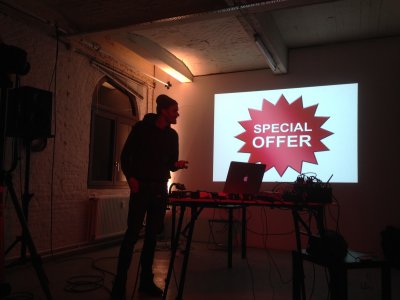 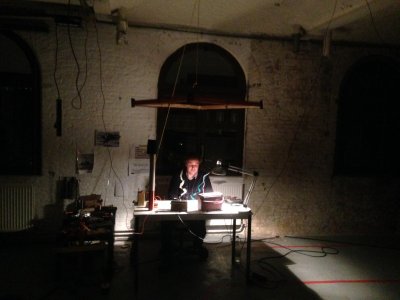 from split sheets to the streets _symposium (Melissa Logan)_programme booklet