We usually look at a space in order to make sense of it. How would it be though, if we were to listen to it? Ancient Messene is transformed into an endless soundscape and is reintroduced to the public.

------> location and general info about the place

Τuned City is researching the relation between sound and space and presents artistic work and theoretical positions derived from critical preoccupations with sound in the context of urban and architectonic situations with particular emphasis on original approaches to the role of ’sound’ and ‘listening’. During the previous edition in Berlin (2008), Tallinn (2011) and Brussels (2013) Tuned City developed a series of formats with focused on lively site specific experience of theoretical questions in a mix of scientific lectures and demonstrations, artistic presentations and performances and location based installations. Nevertheless, Tuned City should not be understood as the attempt to "tune" the city in terms of improvement, it should be more seen in the sense of "tuning into the city" as a different way of understanding city by the means of sound.

The ancient Greek city underwent many changes in it’s appearance and conception. It’s image and the way in which it’s inhabitants perceived it was evaluated differently from the course of historic reflections. Some of the changes gave rise to quite different evaluations of the city’s proper function, and quite different deﬁnitions of what an ideal city was and should be - quite some of those assumptions may well apply to current uncertainties. Underneath the well preserved city structure of the ancient place it becomes very clear that it was Hippodamus greatest achievement: recognizing that urban planning was about more than engineering a functional city. It was about creating an environment that expressed and nurtured the ideals of its citizens.

In that sense Ancient Messene would be the ideal place to reflect about ‘city as a construct’ and explore the phenomenological aspects of space as well as social and political dimensions of the city. Tuned City is going to listen underneath the surface and in between the obvious findings. Ancient Messene will be transformed in to a vast platform for artistic production and presentation, discussion and intermediation of sound art and music in public spaces through a variety of formats in a direct interrelation with the local context and a vital exchange with a local and international audience. Sound artists, performers and researchers meet for two weeks in the ancient place to establish a dialogue between the ruins that once hosted a vibrant city to be inspired by it’s conception and history, traces and findings and the special atmosphere. Questioning it’s proper function, and the different definitions of what an ideal city was and should be, the works range from sound installations, walks, lectures, concerts and participatory events.

The archaeological site and active excavation with all it’s layers of history is the ideal place to reflect about ‘city as a construct‘ and explore the sensual aspects of space as well as social and political dimensions of the city.

‘The urban landscape of Messene was constructed in the Early Hellenistic era, according to certain architectural and town-planning principles of spatial organization, which reflected the political and social values of the period applied to the demands of this programmatic city founded by the Thebans in 369 B.C. on the south slopes of mount Ithome. The city was famous for its mighty fortification walls, the monumentality of its public buildings and the Hippodamian town-plan. The cityscape preserves evidence related to its successive constructional phases in the course of time from the 4th century BC to the 14th AD. The character of the landscape is defined and transformed by human activities and ideologies; it is a cultural product subject to constant re-interpretation.’  – Petros Themelis, Director of the Ancient Messene Project

What do we project on a site like this? How do we trace and preserve history and how does this shape contemporary and future culture identities? What lays underneath and in between the monumentalized obvious findings? How can we decode sedimented memories? What is the difference between local and distant, past and present modes of memory? How can we access or activate different modes of perception?

Listening seems passive, but it is an activity, a ‘silent production’, involving translation, decoding, abstraction, improvisation, the use of memory to recognize and connect elements from other things heard, subconscious filtering… The acoustic world surrounds us like the fabric of architecture in an urban city environment. Listening is a constant interaction. Under this particular contingency, sound suggests a form of negotiation, listening partakes action, and hearing is always more than a simple perceiving of sound by the ear. With a focus on hearing’s emplacement and the pronounced situatedness of listening, Tuned City explores the ways in which oscillations enact a sense of place that also senses us back. Each day of the proceedings will be focused around a central theme with the following provisional titles: Listening Politics, Media Matters, Spectral Ambiences.

thanks for input, thoughts, discussions, engagement and help to:
Christos Carras, Petros G.Themelis, Manolis Manousakis, Hara Mourla, Vassilis Panagiotakopoulos, Irilena Tsami all the people of Mavromati, the archaeologist from the Ephorate in Kalamata, and many more generous helpers, supporters, text editors, all the participants and the whole team.

In collaboration with Diazoma

Flick here through the programme in pdf-form.

Entrance is free.
The Onassis Stegi covers the cost of admission to the archaeological site.

Accomondation and transportation options from and to Messene. 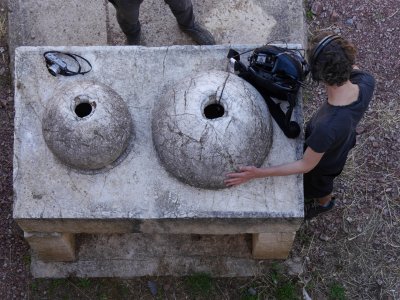 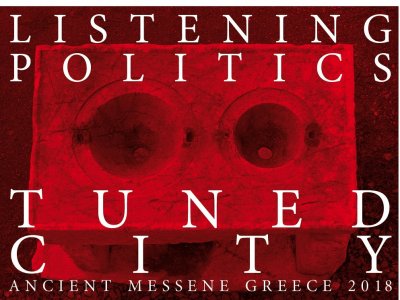 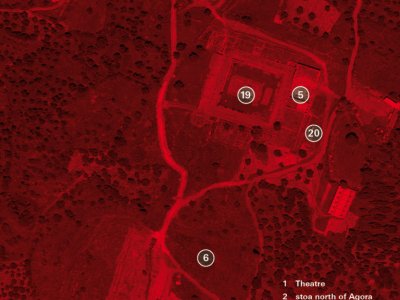 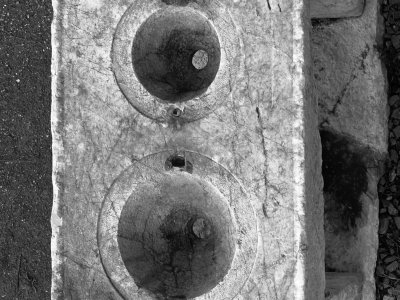 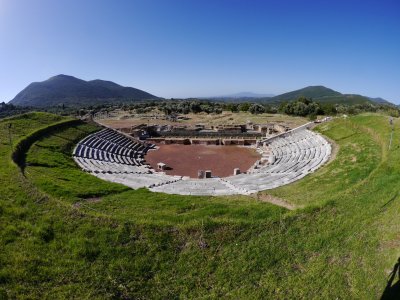