As part of the Interfaces network, a series of workshops were implemented to schools in Greece, Cyprus and the UK. This action was led by John Richards from the De Montfort University Leicester.

The idea was to work with children and artists on the creation and use of new musical instruments demonstrating different ways into DIY culture or hacking. The premise was that children, who are actively involved in the creation of music, are more connected to and engaged with music and are more motivated to learn about the craft.

The project involved artists who designed new instruments, using new technologies combined with traditional instrument building. The children built their own instruments, and with the help of the experts, they learned more about digital fabrication and programming. After having made their instruments, they rehearsed and composed new music in groups.

In addition to the workshops, two toolkits were created in order to further disseminate the good practices and techniques learned during the workshops to more people interested in DIY making and hacking.

Workshops in the United Kingdom:

A free event aimed at children and families, Electro-Cricket allowed participants to make complex beats, rhythms, pops, clicks and chirps with a DIY musical instrument. Working together, an orchestra of ‘relay-based oscillators’ is been created, using everyday objects to amplify and change the sound of the instrument.

In this workshop led by John Richards and Duncan Chapman the participants explored ways of working with home-made electronic instruments and acoustic sounds. They also created new pieces for an ensemble of Sudophones – a simple electronic oscillator, ‘junk’ tin can and bolt.

This workshop led by John Richards, presented a sequence of units examining improvised music and introducing students to ways of assembling, making and playing musical instruments.

In this series of workshops led by Yannis Kotsonis and Aris Droukopoulos, Stratos Bichakis, Thalia Ioannidou and Gelina Palla the students made music out of up-to-date technology. They explored the way every sound is produced, created their own magical soundscapes and composed original cords.

In this workshop, educators learned how to make creative use of concepts from DIY, making, electronics and sound-based music making, but also how to integrate activities centred on listening, music performance and construction into their classes. The workshop was led by John Richards.

A series of workshops at schools led by Yannis Kotsonis and Aris Droukopoulos, Thalia Ioannidou and Gelina Palla introduced the students to the DIY culture by showing them how they can build their own instruments and compose original cords. 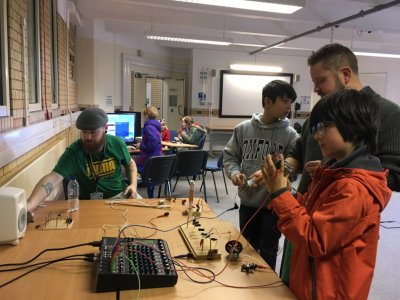 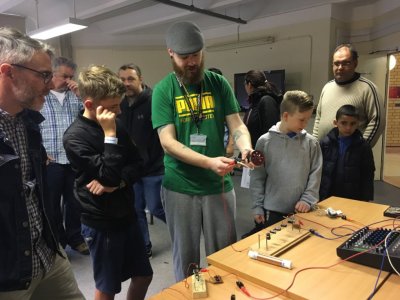 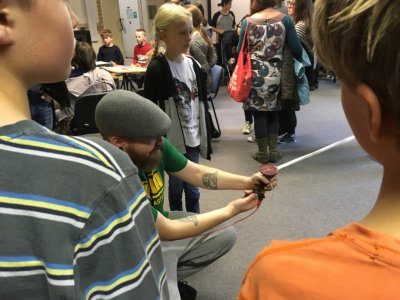 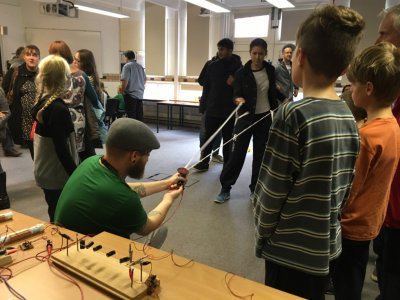